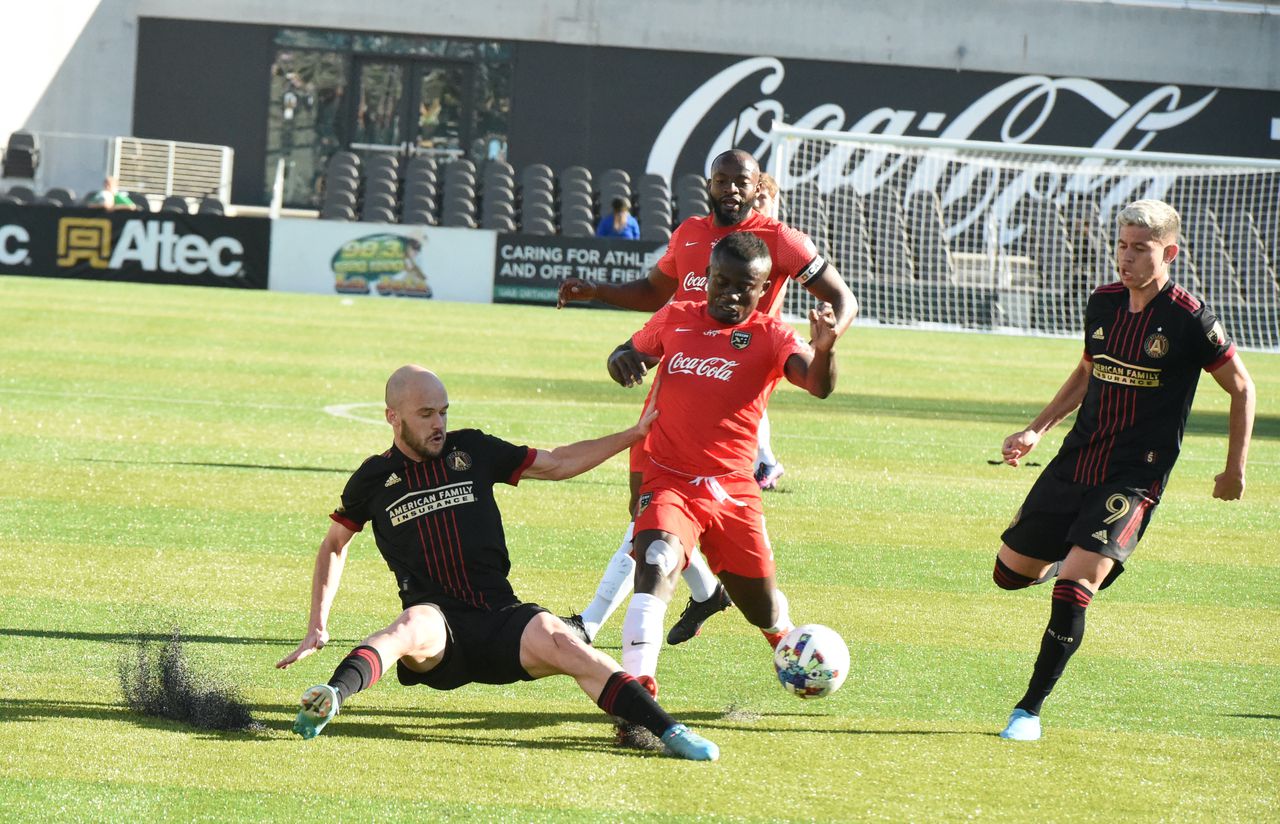 Major League Soccer today announced what is being hailed as a landmark $25 million loan to a syndicate of black banks to encourage more investment in black-owned businesses and communities.

It is the first time that a professional sports league has participated in a major business transaction exclusively with black banks, and is facilitated by the non-profit National Black Bank Foundation (NBBF).

The move, one of many made by MLS to address inequality issues over the past two years, is driven by a set of stark numbers. According to the NBBF, there are currently only 21 black-owned banks in the United States, down from 36 a decade ago. Together, these banks control $4.8 billion, or less than 1%, of the nation’s banking assets, limiting the flow of capital to black communities. Meanwhile, about half of black families nationwide are unbanked or underbanked, studies show, compared to 15% among white families.

The loan aims to expand Black Americans’ ability to access credit and grow their wealth by creating lending capacity for home and small business loans.

According to Zillow, Black applicants in 2020 were denied a mortgage at an 84% higher rate than white applicants, an increase of 10 percentage points since 2019. Lack of access to essential financial services has forced black households to resort to alternatives such as check cashing services, payday loans, money orders and prepaid credit cards, with high interest rates and fees.

MLS will work with the National Black Bank Foundation, 100 Black Men of America, the National Coalition of 100 Black Women and Black Players for Change to “educate their constituents and members about economic empowerment programs,” according to an announcement.

The syndication team facilitating the deal includes Alamerica Bank of Birmingham and Citizens Trust Bank of Atlanta. Matthew Morris, interim president and CEO of Alamerica Bank, said the company was “pleased to be a part” of the loan.

“It shows that black banks want to support industries like MLS that are growing in these communities,” Morris said.

MLS commissioner Don Garber said the partnership would “raise awareness of the importance of black-owned banks and their impact on the economy.”

“If other leagues and big businesses follow the MLS model, the lives of Black families across the country will change for the better because their local Black bank will have the capital resources to approve historic numbers of home and small business loans.” , Bell said.

2022-03-10
Previous Post: Is it okay to wear the same outfit to work twice a week?
Next Post: Child tax credit expiration likely pushes 97,000 New Jersey children back into poverty