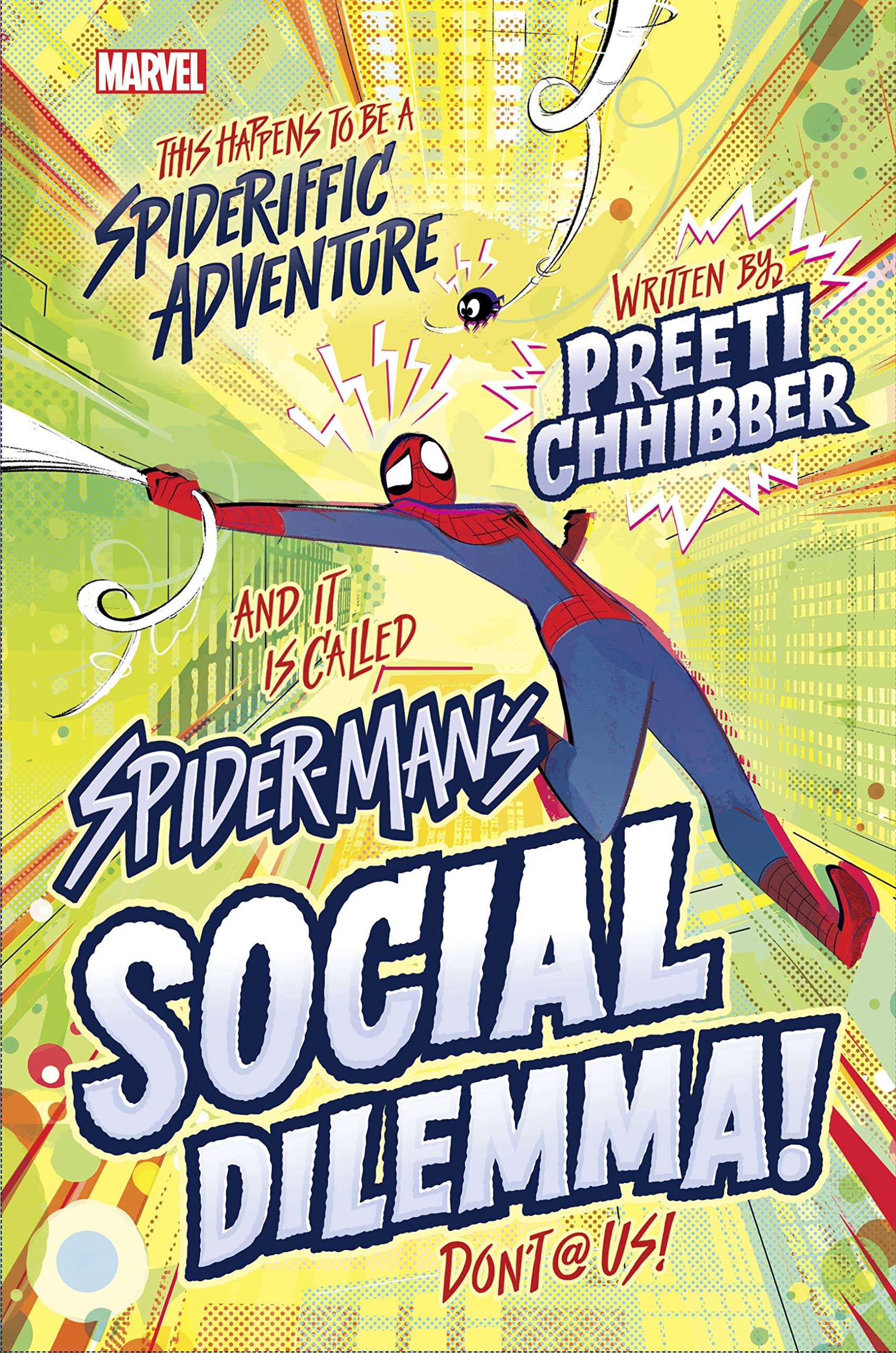 The latest novel focusing on the iconic web-slinger offers the hero a new journey for the next generation, while still being fun for longtime fans.

my love of Spider Man is fairly well known, and Peter Parker has had a number of adventures over the decades. One of the main reasons it continues to resonate with fans after so many years is to have creators find fun ways to update its origin and overall story for different generations.

The novel doesn’t hit you over the head with all that stuff, rather it’s used to flesh out the world that these characters live in. For young readers, he should be immediately familiar/welcoming, but that’s also no deterrent to older readers who know Spider-Man from other escapades!

social dilemma picks up while Peter Parker is still in his superhero debut. It’s not necessarily a retread of the origin story we’re all familiar with (which is fine), but throughout the novel we get to see how certain things happen.

Peter struggles to balance his dual lifestyle of fighting crime and being a clumsy “normal” teenager. It’s not an easy life, but in some ways he’s starting to make it work and even getting closer to his longtime crush, MJ Watson.

When the villainous Sandman is released from prison, a series of strange events are triggered and things get weird in the town. A seemingly invisible entity tries to steal an artifact from the museum, and the bad guys (both big and small crooks) start acting more aggressively than ever. As even normal people begin to seem affected, Peter must put both his strength and his brains to solve the mystery behind the artifact’s origin before it’s too late.

All of this while finding time to earn some extra cash, complete a big school project, and cultivate her budding relationship with MJ. Yes, it looks like a Spider-Man adventure!

Overall I enjoyed it very much social dilemma. While there were elements of a story that we’ve seen before (a few times), I loved how Chhibber gave them a new feel. For example, the story explains how Peter Parker came to meet and work for J. Jonah Jameson at Bugle, but modernizes it.

Peter isn’t just a photographer, he helps provide snaps and quotes to use for the Bugle’s social media pages. Using this, he tries to limit JJJ’s campaign to smear Spider-Man and boost his own image in the eyes of everyday citizens. It seems like such a simple thing, but the change is a fun way to twist a familiar character dynamic.

The same can be said for several elements of the novel (which I won’t spoil for you here), and I was blown away by how easy it all seemed. The story brings these new twists and fits them neatly into the lore that longtime fans are already familiar with. It’s done in such a subtle way that it almost feels like this is how Spider-Man has ALWAYS been/interacted with the world.

A big reason for that is Chhibber’s fluent prose that pulled me into the story and the characters’ mindsets in the blink of an eye. It’s not difficult to immerse yourself in this book, and its ability to balance the telling of a plot-filled story and a whole bunch of characters beats without feeling too heavy on exposition. She puts a light touch on things, while still managing to paint a clear picture of the (many) action sequences we get. Despite just over 300 pages (heavy for intermediate level students), it’s a surprisingly quick read.

One of the few things that didn’t work for me was the timeout. Clearly, this story takes place just months after Peter became Spider-Man. And yet, there are mentions of his previous battles with bad guys and high-profile events that make it seem like he’s been doing things for much longer than that. It’s not a big deal in the long run and it’s certainly not a deal breaker, but it took me out of the story a few times when specific mentions occurred.

Apart from that, the book is quite deliberate and obvious in the themes presented. It’s not subtle, and there are a few moments where it feels like the book beats your head with them (too much social media = bad). Considering this is an intermediate-level children’s book, that’s not necessarily a bad thing.

In short I loved it Spider-Man’s Social Dilemma. While it clearly sets the stage for the other two books in the trilogy, it works very well as its own story. It’s wonderfully written and finds fun ways to modernize Spider-Man’s first journey, ideal for newcomers without alienating longtime fans. This is a great book for all ages and you should definitely pick it up!