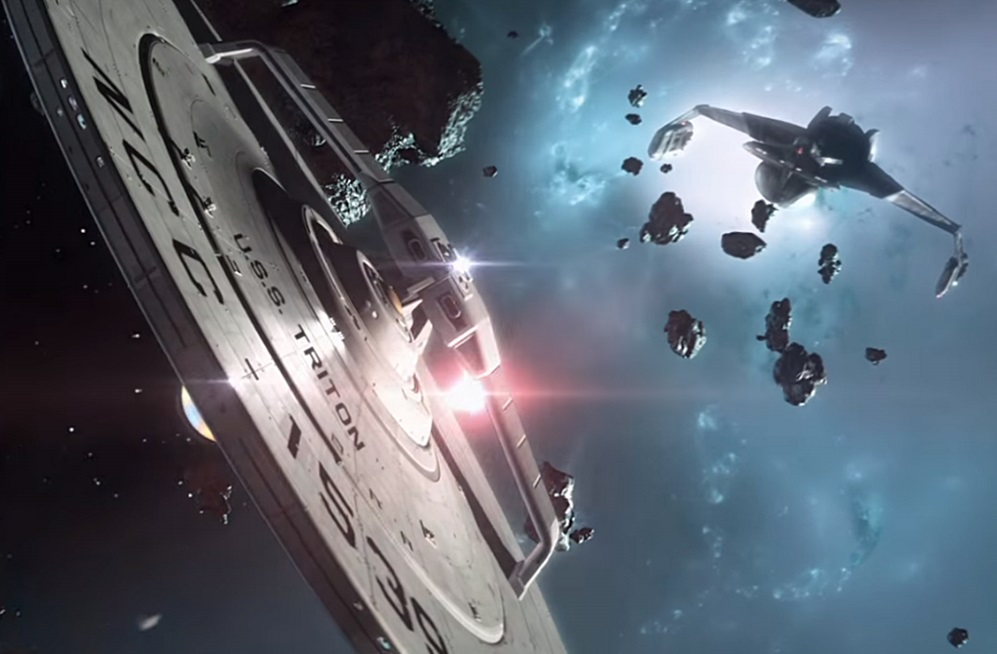 By: Theodore E. Larsen
In: Dilemma movie
With: 0 Comments

What is awesome Star Trek: Axanar or at least its prelude is that it translates very well in HD. The VFX was done very beautifully, very professionally for a fan movie, threatening to outshine the upcoming Paramount movie Star Trek: Beyond. Turns out they had nothing to fear as Beyond was the best film in the Kelvin timeline. Now, Axanar has recently been spared on condition that certain conditions are met. But if they manage to overcome those conditions and deliver, then it will be an HD masterpiece, just like the remastered The Original Series (TOS) and HD The Next Generation (TNG). The same cannot be said of the two highly regarded spin-offs of TNG Deep Space Nine (DS9) and Voyager (VOY).

So far, DVD-quality video is all that both series can hope for. It’s ironic for some series on a distant future but no future in high definition. While I grew up watching Star Trek: The Next Generation as a child my adult spirit grew to love Deep Space Nine and Voyager when they aired on the Hallmark Channel, reinforcing my love for the Star Trek frankness both cerebral and exciting. It’s a series about space exploration, spaceships and aliens. A genre that I love outside of the supernatural. It is therefore unfortunate that Deep Space Nine and Voyager whom I love as much as TNG and probably more (no offense to Kirk and Picard), that they will not see any Blu-Ray and HD streaming releases in the near future at unless something can be done about it.

But why? Both series are pretty much modern and even used CGI. Translating the two series to HD would surely be a walk in the park. But unfortunately, it is their own modernity that has surpassed them not to mention the lack of foresight. Remastering Deep Space Nine and Voyager today would take a lot of time and millions of dollars and franchise owner CBS is pretty hesitant unless they know they’re going to get substantial returns.

For their era in the 90s, both series are quite avant-garde using modern effects, CGIs, and larger budgets for TV shows. However, nowhere are these budgets as large as some shows like Agents of SHIELD and Game of Thrones enjoy today, so post-production techniques had to fit the budget. Before the advent of digital recording, all TV series were mostly shot in 35mm film, which was the industry standard equivalent to 20 megapixels of digital information, which is more than enough for high definition. . The footage is then downscaled to 640 × 480 (640p) NTSC resolution for broadcast. These are scenes involving the actors and practical effects. Other effects such as ship battles, phaser fire, torpedoes, energy fields, transform and transport effects are added in post production.

For TOS, all the effects were added to the 35mm film not to mention the series ‘remastering project at the height of the DVD explosion that modernized the series’ effects that initially included analog counters and timers. This meant that all effects were transferred in modern re-digitization to Blu-Ray quality video with little or no effort. On the other hand, TNG, DS9 and VOY were also shot in 35mm film, but the post production effects were unfortunately done on the reduced 640x480p video due to economic issues. It cost less, and 640p was already a great TV until the digital age. 640p can still run up to 720p or 1080p, but things get blurry from there. In short, there are no high-resolution post-production negatives to work from. TOS does not have such problems. For its part, TNG also received a remaster for a DVD release that seemed profitable at the time. For TNG, all of the post-production scenes were remade from scratch.

So the only way to bring DS9 and Voyager into the world of HD is to work from scratch. This would involve using the old 35mm negatives and rebuilding everything in post production like they did with TNG. Everything should be faithfully recreated, unlike Han Solo’s dated recoil when he was taken down by Greedo. This work should also include remastered sound effects converted to DTS. Now that would be just perfect. It would be great to see DS9 and Voyager this way with crisp effects and colors. Seeing DS9 Way of the Warrior and VOY Scorpion would be just great, as would the new fan appreciation for the remastered TOS that we wouldn’t have imagined was 60s TV except for the hair.

However, the release of the remastered TNG coincided with the popularity of streaming services and the closing of the DVD era (and they said DVD was forever), so DVD sales plummeted and CBS was disappointed with the. results despite their efforts. So now the studio is reluctant to invest in not one but two remaster efforts. Also, unlike TNG, most of the ship and space plans for both series were done in CGI, so efforts to remaster TNG would be doubled. And somehow, they don’t think syndicating and selling rights to Netflix and other streaming services would be profitable enough to justify the remastering effort. With the next Star Trek: Discovery being a bet itself, CBS is unlikely to be willing to bet millions more on two older series.

Here is a solution, how about hiring the Axanar team or someone else and funding the project in a participatory way. Millions of Star Trek fans would probably be willing to save it just to watch DS9 Sacrifice of Angels or VOY Endgame in high definition. It’s entirely possible; backers are getting their digital versions while millions more will be able to enjoy DS9 and Voyager through streaming and re-syndication. Thanks to Star Trek Net for letting us know with their story So.

2017-02-07
Previous Post: Newcomers Can Catch Up on Zero Time Dilemma’s Story With This 11-Minute Recap
Next Post: Non-Social Media: What Netflix’s ‘Social Dilemma’ Has Taught In Influencer Marketing