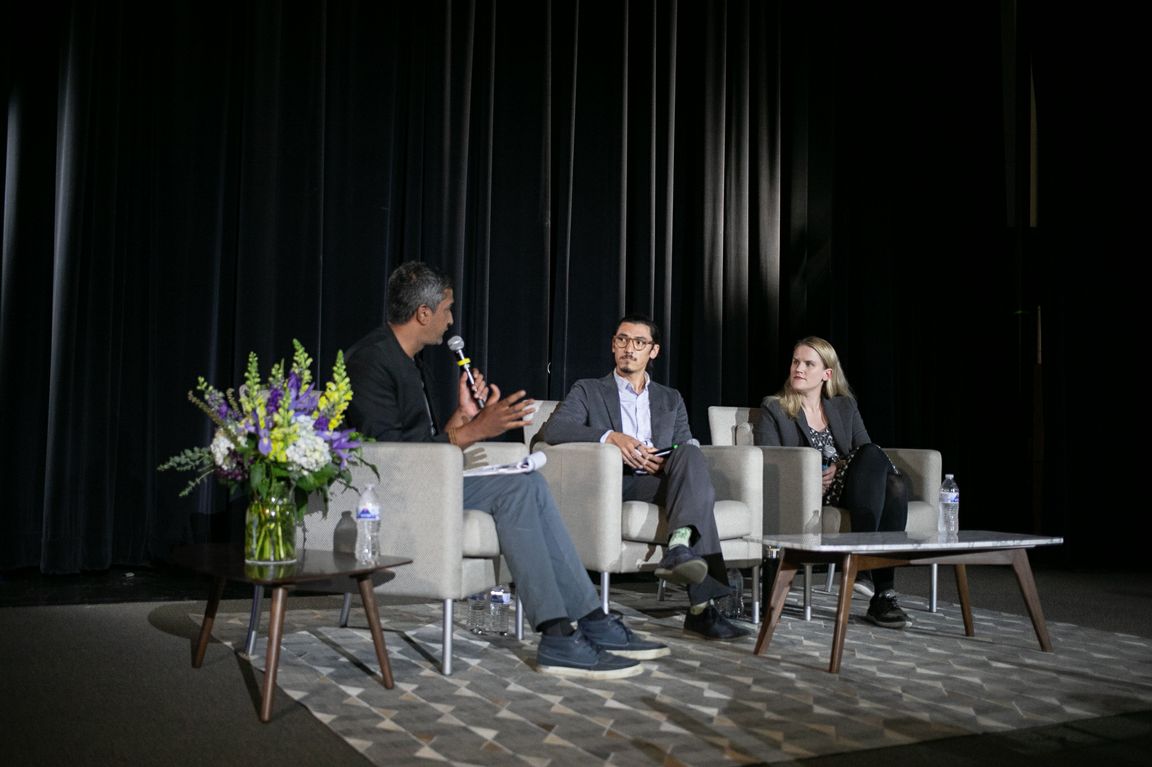 Although Facebook, Twitter and other social media channels have connected relatives and lifelong friends, provided platforms for oppressed voices, helped people explore their identities and see perspectives and parts of the world removed from their daily lives, there have also been negative consequences.

Recently, two leading social media critics sat down with Ramesh Srinivasan, a professor at the UCLA School of Education and Information Studies, to explore the potential harm popular platforms can cause.

Frances Haugen, the Facebook whistleblower who testified before Congress that the social media giant should face more government regulation, and Jeff Orlowski-Yang, director of the Netflix documentary “The Social Dilemma,” explained how social media unravel private life and society. . But that was not what the platforms had planned to do, according to Orlowski-Yang.

“It was just the unintended consequence of a particular design and a particular business model that grew far beyond [the companies’] expectations and their hopes and desires,” Orlowski-Yang said.

This is not a new subject. But the speakers gave the audience insight into well-known problems that, for now, elude a viable solution. The event was sponsored by the common experience at UCLA, which selects a title each year for the UCLA community to read, listen to or watch together and that could inspire action. This year’s choice was “The Social Dilemma“.

Orlowski-Yang drew parallels between the damage done by energy companies and social media. It occurred to him while working on environmental change documentaries such as “Chasing Ice” and “Chasing Coral” that fossil fuel and tech companies have become “the wealthiest industries in the world.” ‘story of money’.

“These are really, really profitable industries that both have huge negative harms and implications for society,” Orlowski-Yang said. “It’s not that someone at Google or Facebook said, ‘How can we mess up civilization? How do we process people’s emotions? That was never the point.’

He said while Facebook claims to be a “neutral” compiler of information, the company and other platforms are telling advertisers they can influence their target markets. Using algorithms, platforms can refine what their users see, including how many ads appear in their feeds and which ones they are most likely to click on.

“It’s an algorithm that then runs a live auction. Every time you search Google – there are over 40,000 searches per second – every search is a live auction of every d between you… who is going to spend the most money putting something in front of you right now?”

The effects of social media manipulation can extend to the global economy, Haugen said, with perhaps “significant implications for social control” as more countries invest in surveillance technologies. AI such as facial recognition.

Many retailers are already using cameras outside their stores to see who is stopping and looking in the window. And stores can even track which aisle shoppers are in when they connect to Wi-Fi — data that is gold in retail.

“It may not seem like much of a consequence, but if it gets used to robbing us of energy, it really matters,” Haugen said. “The reality is that being able to profile people and the connections between those people is really powerful because it allows people to understand how to influence you.”

That’s one of the main reasons Haugen, who was recruited from Facebook in 2019 as a senior product manager on the company’s civic misinformation team, felt she needed to get better. to express. The company’s prioritization of profit over public safety puts people’s lives at risk, she said.

At the end of 2020, she denounced Facebook, with an initial report from the Wall Street Journal. The revelations of his disclosures became known as the “Facebook Files”. Haugen has since testified before Congress, UK and EU parliaments, the French Senate and National Assembly, and discussed with lawmakers how to address the negative effects of social media platforms.

Consumers can choose to buy physical goods, like diamonds, from sustainable sources that pay workers a fair wage. But Haugen points out that’s not the case with social media.

“There are laws in many parts of the world that say we have the right to understand companies’ supply chains for the things we consume,” she said. “We’ve seen what happens when people have blood diamonds, when they use children to mine precious metals. The only way to get the market to correct this is to be able to make choices. »

Srinivasan, who also has a media arts appointment in design, noted that labor and nature were used as raw materials to fuel industrial capitalism. And this has led to major conflicts throughout history.

“Now the argument is being made that our anxieties and emotions are the raw materials – social media versions – of digital capitalism,” he said. “Everything we do these days seems to triangulate or leave a digital footprint. All of this, in opaque and often mysterious and confusing ways, is also mined for profit and enhancement.

So far, social media companies haven’t really had to control themselves. But the Digital Services Act, currently being finalized by the European Union, could soon change the situation. The law can make tech companies liable for illegal content on their platforms, for example, and provide more safeguards for minors.

It’s at least a start, Haugen said. “Part of what’s so scary about these systems of extracting information, marketing your feelings and your anxieties… is that we never see what we’re actually consuming. We have no nutrition [information] label – as with food – for what comes to mind.

2022-04-26
Previous Post: Is it disrespectful if a colleague keeps misspelling your name?
Next Post: Would you have told the gas station owner that the price was low?